As you can see from my last post (and the shelves in my living room!) I quite like analog cameras. Sadly getting the photos developed, scanned and printed has quite a cost attached to it and while I intend to do some developing at home, I haven’t quite got round to sorting out the equipment for it yet. Scanning is a different matter and due to the cost of proper scanners I’m forced to use a bit of a home-brew technique to get around that cost. Doing it the way I’m about to describe also makes printing easier as it effectively turns them into digital photos which can be printed at home or at Snappy Snaps. All photos used here as well as some more examples of test scans I’ve done can be found in the set on my Flickr.

You will need: a film negative you wish to ‘scan’ (any size will do be it 35mm or 120 or whatever), a digital camera, a bright computer or laptop screen and Lightroom to do the processing.

1. Grab the computer and open Word or Photoshop or whatever programme you have that can make the whole screen bright white, make sure the brightness is set as high as possible. If you can do this with a laptop try to find a room you can make as dark as possible to reduce reflections and glare. I did the ‘scanning’ in my bedroom on the brightest day of the year so far but with the curtains closed it turned out okay.

3. Either hold the negative and make a holder for it that will place it just in front (but crucially not touching) the screen. I made sure my hands were nice and clean and just held the negative myself .

3. Take a photo of the negative making sure to include the whole frame. This will let you crop the frame in or out as you like later on. I received some scans which had been cropped by the developers and I was mightily disappointed as I find the film markings often improve the overall look of the print, especially with Lomo style shots. Take a range of exposures too. you’re aiming to get the white screen to be over exposed but the negative to remain properly exposed. Again you can (and will) fiddle in Lightroom later on, but its quickest if you can get a good exposure at this point and you’ll get less noise in the final scan.

4. Once you’ve done all that import it into Lightroom and you’ll get something that looks like this (this is straight out of the camera and imported, yes I realised the exposure is a little dark before you say anything!): 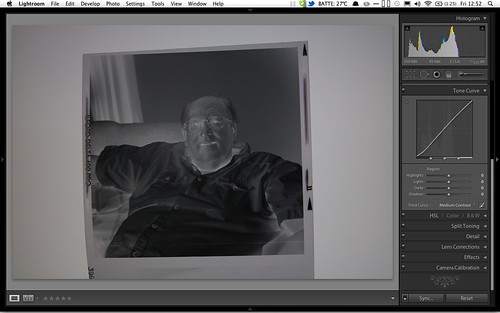 5. Go to the Develop module and scroll down to the ‘Tone Curve’ panel. You’ll notice its default setting is to include sliders, probably at medium contrast. 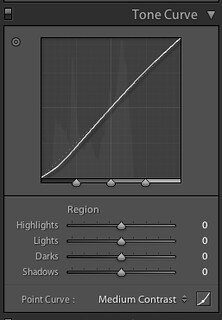 6. Click on the little box on the bottom right and you’ll see little the sliders disappear and little nodes pop up on the tone curve. 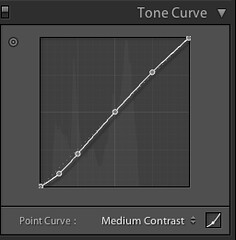 7. Double click on the nodes and they’ll all delete, apart from the ones on either end. To invert the negative to a positive (or visa-versa if you want a positive to a negative) just move the left node to the top of the curve and the right one to the bottom. Halfway though doing this you’ll see your image go either completely black or completely white (100% over or under exposed). You want your tone curve to look like this: 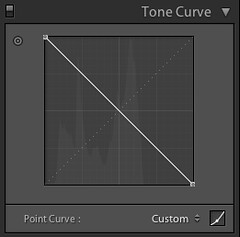 Your image should now look like a normal(ish) photo, but it’ll probably be a little washed out and in need of some fine-tuning. 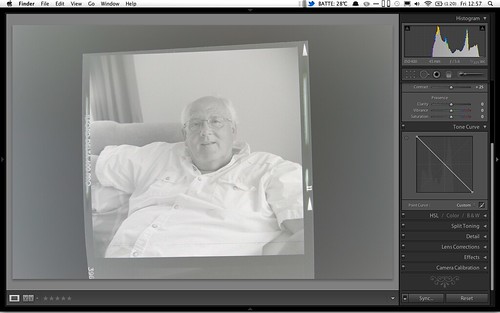 8. Now using whatever selection of tools you prefer (I use the Tone Curve Targeted Adjustment Tool) play with your image until it looks how you want. A good place to start is making what was the white computer screen at the sides of the image black as in the original shot it was over-exposed here it should be under-exposed. 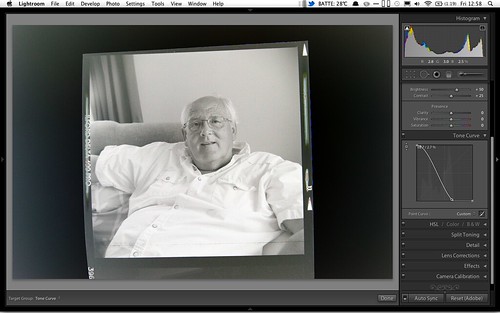 One thing to note is that the sliders in the ‘Basic’ module now work backwards. So if you slide the ‘Exposure’ to the right, what would normally brighten an image it will do this: 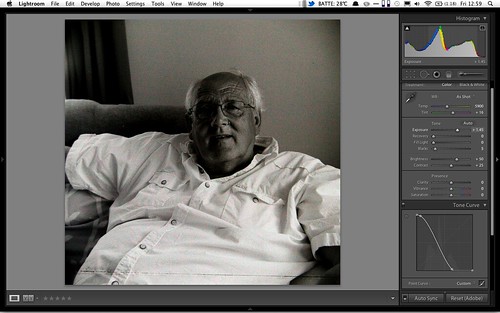 And if you slide it to the left it will do this: 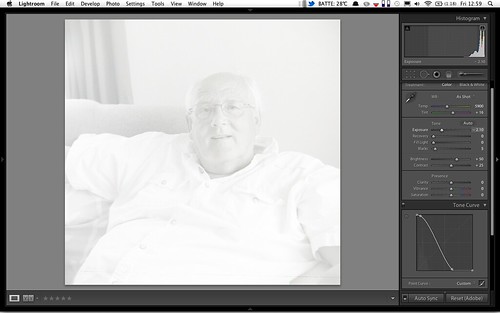 9. Now its just time for a little crop and sort out any noise and sharpening as you normally would with any other digital photograph: 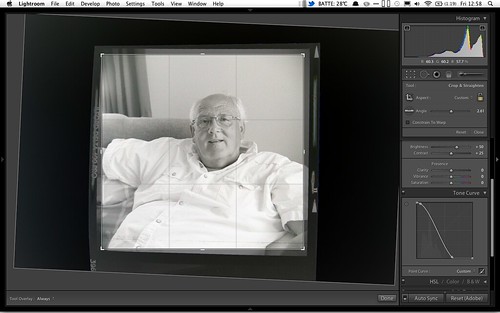 10. And there you go, a film negative, ‘scanned’ and processed and ready for printing or uploading or what ever you want! 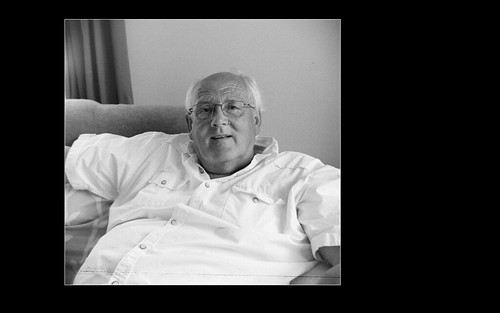 Colour works in much the same way although you’ll have to pay attention to the white balance a little more. This technique works best with negatives that are properly exposed. Its quite an art to recovering under-exposed images, as you can see by my feeble attempt here and here! Professionally scanned images from the same film, including the one used in this tutorial, can be found in my Flickr set here.