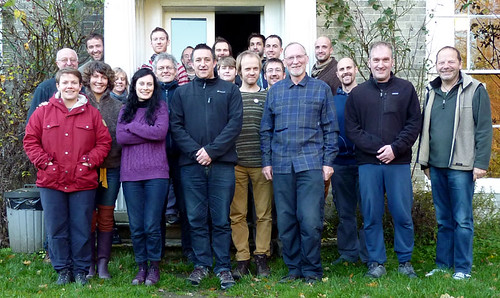 Thanks to a fellow sound recordist getting some work he couldn’t say no to I managed to get myself on to the Wildeye wildlife sound recording course in late November. I’d put the course on my list of things I’d like to do when I have some spare money (like that’ll ever happen with a 10 week old baby!?) but jumped at the chance when the place was discounted.

The course starts on the friday night when the tutors Chris Watson and Jez Riley French and all course participants introduce themselves, listen to some examples of the tutors work and tuck in to some hot food and, if you’ve brought some, a little drink. My course was made up of a range of wildlife recording enthusiasts, academics, community group workers and professional wildlife sound recordists who had travelled especially from all over the world. I was the only one from the dark side of television looking to branch out, a bit surprising really!

The saturday starts with breakfast then it’s on with the course. Lots of info from Chris and Jez about how they work, what they use and a few tips and tricks. I could tell you more but you really should go on the course. Thanks to the diverse makeup of our group the questions ranged from the technical to the philosophical and everywhere in between, something I wasn’t expecting and was really glad happened. Most of my notes seem to be about the ethics, philosophy and psychology of recording rather than the technicalities of MS matrix or soundfield mics! 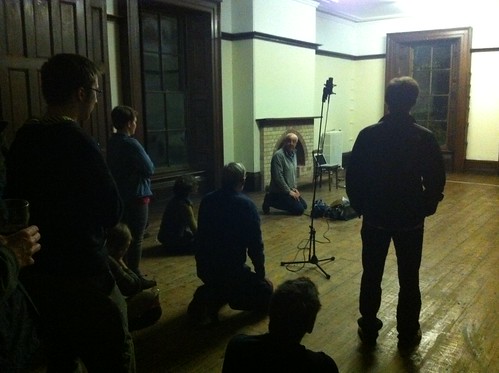 Soon enough lunch time and then the evening rolled around, but not before we grabbed our kit and went out in to the wind and rain to capture some sounds. For most of us this was a bit of a failure as the local wildlife did the sensible thing and stayed at home to avoid the worst of the weather! After a nice hot dinner and maybe a few drinks some of us spotted the rain had abated and hatched a plan to go to a local nature area for some more recording. I grabbed my coat and came along with my MS rig to see what I could find. An hour in the wind and rain later and all I got was mild hypothermia, one lost glove and one nice recording of a crescendo of wind and rain whilst sheltering inside a small wood. When you listen to it imagine standing in the middle of a wood, trees looming over you, all alone in the dark at 1am. That’s what it was like as I recorded it.

Breakfast bright and early on the sunday and we loaded in to the minibus for the trip to Horsey Beach to see, and more importantly record, the Grey Seals that are pupping at this time of year. It was a cold and windy day and most of us were wrapped up in jackets, gloves, scarfs and hats, some had flasks of coffee and tea too! The seals were right by the car park so it didn’t take long for us all to throw on our headphones and hit record. The high winds were a bit much for the AKG SE300b MS setup I’d mounted in my 416 Rycote zep but I managed to get a few recordings of the beach atmospheres and the seal pups calling to their mums. 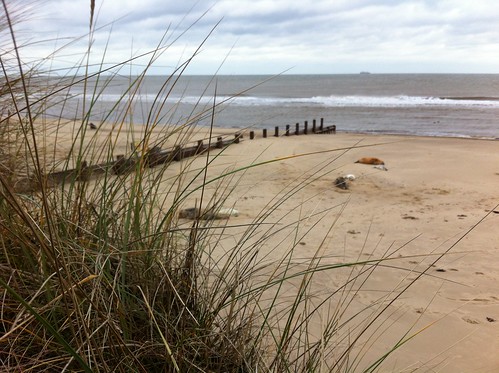 After the trip back to Whitwell Hall and some lunch we listened to each other’s recordings, asked a few final questions then it was all over. I jumped in the car and sped back home for dinner and a cuddle with the newborn.

I really enjoyed the course. Thanks to my background in radio and my job as a sound recordist I knew about the technicalities of recording already, but the range of people on the course provoked questions and ideas that don’t come up in the course of a normal days recording for me. I left Norfolk inspired to record more, to explore a wider range of sound recording techniques than the usual mono 416 and a couple of lavs and to collaborate with local artists and galleries on sound projects. I think that’s a pretty good result for a few days sat geeking out over tech, sounds and nature!

As usual I shot a few (terrible iPhone) photos while I was there, which can be found in their own set in Flickr, here. 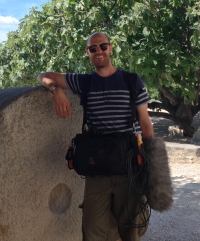